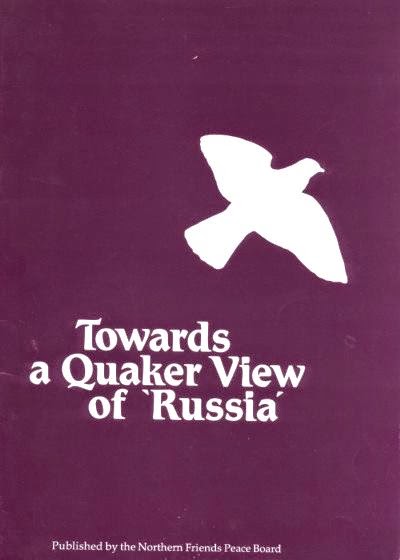 30 years ago this summer I was part of a group of Young Friends, from Britain and other parts of Western Europe, that visited Moscow.  This was in the midst of a fairly intensive time of  goodwill exchange visits between East and West, some of which were pioneered by NFPB. As part of our briefing and preparation, we read copies of the NFPB’s ‘Towards a Quaker View of Russia’ and met with NFPB member and Liverpool Friend, John Hamilton. I got to know John subsequently through my work but on that occasion was a bit in awe, as he was then leader of the City Council and much in the headlines, due chiefly to the activities of Derek Hatton as his deputy leader. But John took time out of his political activities to sit down with a group of rather naive young Quakers to share, in what I came to recognise as typical fashion for him, both his Quaker concern for building better relations across the East-West divide and a fascinating historical insight into Russia and the Soviet Union, looking behind and beyond the cold-war era headlines.

The opportunity for such a large group of young Quakers to visit Moscow that summer came about from the city’s hosting of the ‘World Festival of Youth and Students’, a communist led event that happened (and still happens) in different parts of the world every few years. That year, the slogan of the festival that brought thousands of young people to the city was ‘For Anti-imperialist Solidarity, Peace and Friendship’. At the mind-boggling opening ceremony in the Olympic stadium we were addressed by the still-new Soviet Leader Mikhail Gorbachev and spent a week shuttling between numerous seminars, plenaries, ‘cultural’ events and generally exploring the city.

We wanted to hold a Meeting for Worship in Red Square but the authorities got to hear of this and, after much agonising, we decided that it would be wise not to be too provocative on this occasion. For me, it was a fascinating insight into what was still, for all but a very small number in the west, an unknown society. And through the programme of the festival, into the amount of time that can be spent in stage-managed political events before you get to some semblance of genuine relationship-building and mutual understanding.

That was then …. At the time, the flow of information between East and West was so limited that when NFPB subsequently put on a display called ‘Forbidden Faces’, composed of simple black and white photographs of ordinary Soviet citizens, it really was an eye-opener. Today, the flows of information, people and images between Russia and the West are not limited in the same way. But it is frightening to see how easily governments and media (influenced by governments’ agendas to varying degrees) have slipped into portraying one-another as enemies.  Both NATO and Russia are provoking each other in a way that, 25 years after the fall of the Berlin wall, many of us believed was a thing of the past. For those of us who lived through the cold war, there is a frightening familiarity. Now, as then, we must speak out against political and military actions that increase tensions, promote means of bringing both peace-processes to bear and not allow the ordinary people who are caught up in this to be driven apart. In simple terms, refuse to be enemies. 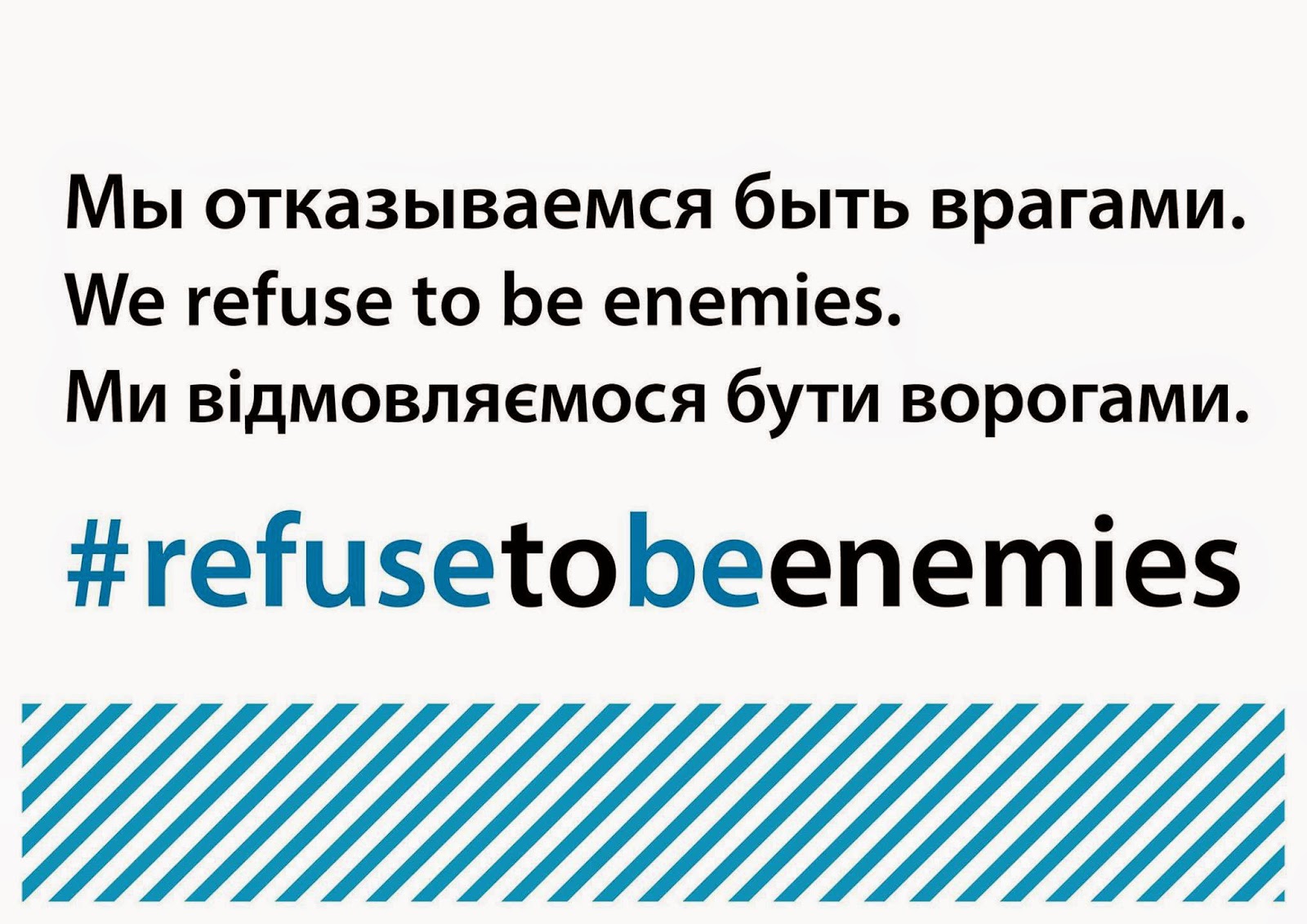 Posted by Philip Austin at 3:54 pm