This isn't about the financial legacies that have been crucial in providing NFPB with additional financial support over the years. My focus here is the legacy of violent conflict. Throughout the military action on and from Gaza many of us will have been particularly conscious of the seeds of hurt, fear and repression that have fed into the conflict.  Decisions and actions taken by political and military figures over many decades have all contributed in different ways.  And now the cycle of war, trauma and further violence seems so difficult to stop in situations like this. We think of the experiences of the children who are currently on the receiving end of the terror of military bombardment - can't those who are using these tactics see that they are going to be creating more children who grow up seeing the other community as the enemy to be feared and fought against?

This last point was brought into chilling light by the recent BBC documentary in which Lyse Doucet met and interviewed children who had witnessed and experienced some of the horror of the civil war in Syria. The emotional scars revealed in this one hour were very telling, with young boys on both sides of the conflict each talking about their desire to get involved and to become martyrs. Those ideas were undoubtedly fed by older people around them, but what a legacy! You can read a review of that programme here.


And what of those expected to deliver the violence?  Today we read on the BBC website  of the numbers of deaths by suicide of people who have served in the British armed services. There have also been studies that suggest significant levels of violent behaviour in former military personnel. One such researcher is quoted here as saying: "We found that nearly 13% of soldiers were violent in the weeks following their return home from deployment in Iraq. Violence was more common amongst those who showed aggressive tendencies before joining the Army, but even when we took that into account, there was still a strong link between exposure to combat and traumatic events during deployment and violence on return home."

Does it have to be like this? Also on the BBC news today is an interview with a British Kurd currently engaged with the aid efforts to the Yazidi victims of the IS in Iraq. She talked of how her own experiences as a child fleeing terror in Iraq have driven her to want to make a difference to people encountering similar things today. Fortunately there will always be people who do respond to trauma by committing their lives to making a positive difference, from supporting victims of domestic abuse to work at an international level. But this can't be taken for granted and the long and careful work of supporting trauma victims is such a crucial aspect of peace work, interrupting the cycle of violence, fear and mistrust and sowing some seeds of hope. This video from American Friends Service Committee shows such work in Burundi, whilst work with some of the youngest children in Gaza - supported by Norwegian Quakers - faces great challenges at the moment.

Crucially, in the knowledge that the long-term damage of violent conflict and oppression can be so costly, we need to commit ourselves to working to support peaceful, just and loving solutions whenever and wherever possible.  This isn't rocket-science. 'Children Learn What They Live' writes Dorothy Law Nolte....
[the full text is here ]

Posted by Philip Austin at 4:26 pm

I can't recall when I first came across the phrase, but it was on a postcard that had the full sentence - 'Practice random kindness and acts of senseless beauty'.  I liked it because of the play on words - so often we hear of random violence and act of senseless cruelty.   There is a lot to be said for both parts of the sentence - beauty doesn't always make sense but can greatly enrich lives, lifting the spirit, providing comfort and inspiration.  Equally, an act of kindness when least expected can create a lasting memory and change the way we perceive our relationship with those around us; the world isn't always such an uncaring, isolating place.

Yesterday at British Quakers' Yearly Meeting Gathering I attended a short session introducing the two teaching materials that have just been published by QPSW, Conviction and Conscience . As part of the session, we were given a taster exercise, using one of the case-studies in the materials, in this case focusing on the life and action of Emily Hobhouse. We were asked to reflect on her qualities - what was it in her remarkable work that drove her and can inspire us still? On the one hand she had come across by chance serious issues that needed a loving and humanitarian response, whilst on the other became very organised and strategic in working for the change that was needed, making herself hugely unpopular in so doing.

So yes, random acts of kindness are good, but at times a more organised and planned effort is desperately needed to create real change.  At its best, this organised work is still seasoned with the small practical loving gestures that remind us of our common humanity and of the beauty of the world we are striving to make a better place for all who live in it. 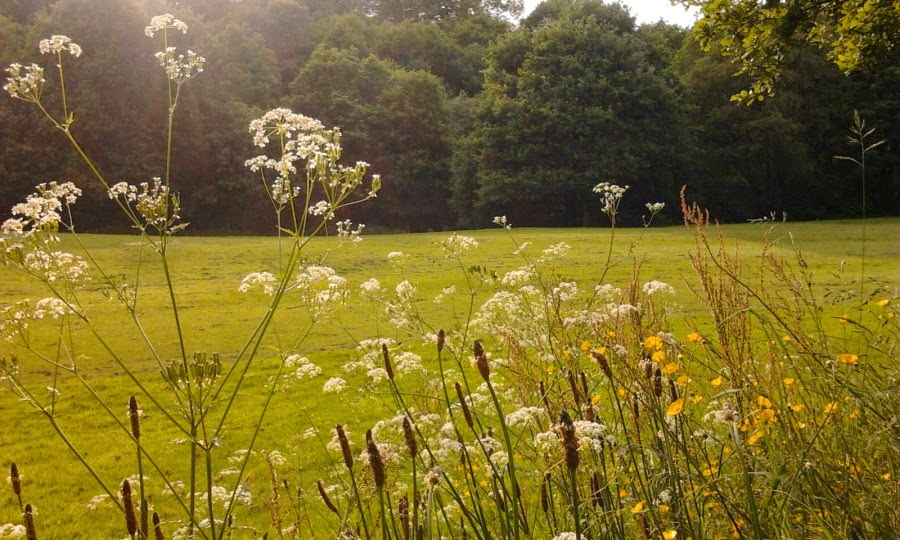 Posted by Philip Austin at 9:33 am